Today we have another post from our West Coast Correspondent, Janina

Greetings from California!  School has been keeping me busy, but I have some updated news about Disneyland!

If you haven’t thought about planning a trip to the magical place the Happiest Place on Earth or it’s been awhile, 2015 might be the year to do it. If you didn’t already know, 2015 marks the 60th anniversary for the original Disney park! 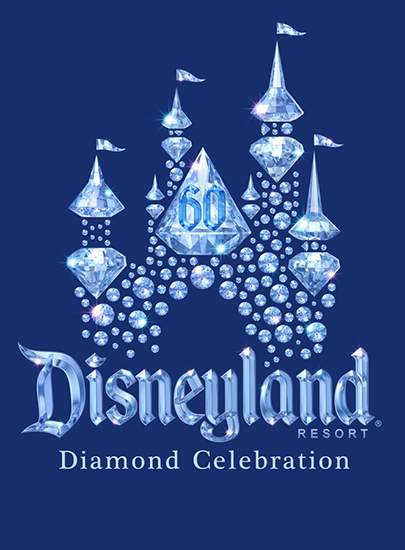 There are a lot of events planned since it is going to be the diamond celebration for Uncle Walt’s first park. One of the most exciting rumors going around the Disney community is that Disneyland is scheduled to get it brand new nighttime parade to help commemorate the celebration.

The parade titled either “Animazement” or “Paint the Night”, is supposed to be a duplicate of Hong Kong Disneyland nighttime parade, which is titled “Paint the Night!” If you have not seen videos of this parade, it truly is spectacular!

Here is a YouTube video of the parade from opening night.

The visuals and amazing effects in this parade definitely showcase the tremendous effort the imagineers put into designing and putting together this parade.  It’s said to be called the successor of the Main Street Electrical Parade and if you listen to the music, you can  hear parts of the old MSE music playing in the background. 🙂

Other rumors floating around the Disney community is that the original story book rides in Fantasyland will possibly be receiving upgrades. Alice in Wonderland already received a beautiful upgrade with new LCD screens, new black and white paints as well as other special effects, which will be the type of upgrades that are rumored to be placed in Peter Pan, Mr Toad’s, Wild Ride Snow White’s Scary Adventures, and Pinocchio’s Adventure.

The actual anniversary is 17 July, which means high peak season. But don’t let that turn you off from a visit during this magical time for Disneyland!

You definitely Shouldn’t forget that a lot of the neighboring hotels in the area will still offer lower rates for military through the MWR vouchers that Disney’s Armed Forces Salute offers discounts on Disney Resort hotels and tickets.

The new price list has not yet been finalized with the neighboring hotels for for 2015, but they are scheduled to finalize their new contract with MWR before the end of December so those new prices will be available for those vouchers soon! Vouchers are available on hotels such as: Castle Inn Suites, Tropicana Inn, and Best Western.

Of course you could always utilize sites like hotels.com to look for low prices now for that time frame next year because they have a great cancellation policy. You can then use this reservation as a backup while you’re waiting for the new voucher prices to be released (cancellation is free right up to the day before travel).

While all of the new events coming to Disneyland are still rumors, I expect Disney to make official announcements revealing more information about the 60th celebration before the end of December or in January after the new year. 2015 is definitely a year to visit the Happiest Place on Earth here in Anaheim!

For those of you who are familiar with Disneyland

Now, if you’re an expert when it comes to watching Fantasmic!, you know that to get a great seat you have to pretty much campout at least 2 hours prior to stake out a spot for your party next the Rivers of America.

You also know that it is a madhouse around that area before, during, and after Fantasmic! and that pedestrian traffic can be crazy even with cast members wanding people in the direction traffic should be moving.  That’s all about to change.

Starting next month, Disneyland will be changing how Fantasmic! seating is done. Much like World of Color, Fantasmic! will now have a FASTPASS for seating as well as dining packages.

FASTPASS for Fantasmic! will be offered near Big Thunder and on a first come first served basis. The FASTPASS will tell you what showtime it’s for, a recommended return time and a viewing area, which of course is completely new since it’s pretty much where you’re able to save a spot or if you were lucky enough to get a nice spot at the Hungry Bear, or one of the other restaurants nearby.

If you’re looking to meet Hiro and Baymax from the latest film Big Hero 6, the characters will be set up near the Starcade in Tomorrowland!

That’s it from the West Coast!  Hope everyone is have a magical start to their holiday season!

There were a total of 227 puppets created to make Tim Burton’s The Nightmare Before Christmas!