Many people say there is nothing sure in life but Death and Taxes.

Updated February 2022 for the discontinuation of Shades of Green Stars and Stripes Passes and 2022 General Public Price Increase. And 3 March for 2022 Regular Military Discounted Magic Your Way Tickets Price Increases

The Magic Kingdom opened at Walt Disney World in 1971 with a General Admission price of $3.50 (ride tickets were extra at the time, an entry level set of tickets went for $4.50). Since then prices have steadily increased, sometimes yearly, sometimes with more than one increase per year. The same is true at Disneyland in California.

In 1981 Walt Disney World switched from the General Admission plus attraction fees to a daily all inclusive ticket. These tickets debuted at $8, but by mid decade were over $20. We now find single day adult tickets going at over $160. The reason for this post is to let you know when to expect Disney general public theme park ticket increases and how those increases effect the different types of Disney Military Discounted Tickets, so that you can get the best deal for your vacation.

The Disney Armed Forces Salute is a special, highly discounted temporary offer that runs for a specific timeframe. Usually renewed annually, the prices on these tickets are increased for each new offer and remain the same for the entire life of the offer period.

Non-Disney Armed Forces Salute Tickets are the same or very similar to the tickets purchased by the general public, but at a slight military discount. The prices for these tickets follow most general public price increases, but not immediately.

In September 2018, Walt Disney World introduced Date Based Pricing for their general public multi-day tickets. WDW’s General Public pricing is now based on the start day of ticket use – busier/popular times cost more. This does not apply to Regularly Military Discounted Tickets! Military tickets continue to be non-date specific at a single price. These tickets do have an expiration date about a year out but are valid on any start day. They also retain the old 14-day after first use expiration.

In November Disney World introduced Park Based Pricing for general public single-day tickets for dates beginning 8 December 2022. The date based pricing remains as well. The Park Based prices for the general public are:

It is not yet known if this new Park Bases pricing will flow down to the Regular Military Discounted Magic Your Way Tickets, as the Date Based pricing never did. 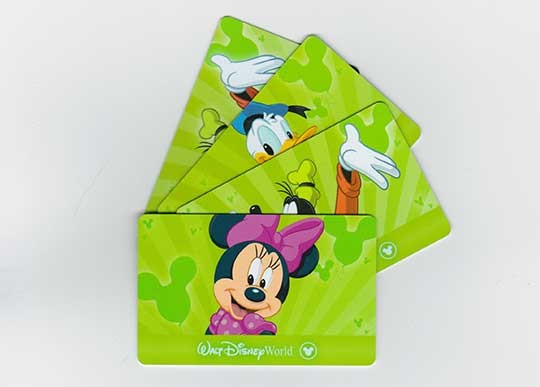 As you can see above, general public tickets have increased in February in the recent past.

The important thing to note, is that the Disney Armed Forces Salute tickets for the offer that is ongoing at the time of a general public price increase DO NOT change price for the length of the current offer period.

As each new Disney Armed Forces Salute is offered for the upcoming year these tickets will then increase based upon the last general public price increase.

Note Disney Armed Forces Salute tickets often go on sale months early so that you can buy them prior to the start date of the new offer.

Unused tickets will remain valid through:

Once you start using your ticket:

At Disney World from 1981 through the 2017 price increase, an unused Regular (non-Military Salute) Disney ticket remained valid for use forever. So you could have bought a ticket in 1981 (or any year), not use it at that time and then use it many years later when it would have been a huge discount off of the then current price. But in 2017 Disney ended this policy for good, the 2017 tickets expired at the end of 2018 and so on. You could however use the value of the expired ticket towards the current priced ticket.

Disney World also used to offer a No Expiration Option for their regular tickets, the ticket remained valid for use forever, even after you started using it. You could buy a 10-day ticket with its lower cost per day and use it for two or more trips over the years. We did this a couple times. Disney ended this option several years ago.

When you should buy your tickets depends on what type of ticket you intend to use, when you will be going to Disney, for how long, and when it is in the year compared to ticket price increases.

We have another long post on how to decide what’s is the right Disney military ticket so please check it out. This will guide you on your decision to either use the Disney Armed Forces Salute or regular military tickets.

If you will be using Disney Armed Forces Salute Tickets there is no pressure, you can buy your tickets at any time. Once offered the price for each year will not go up. 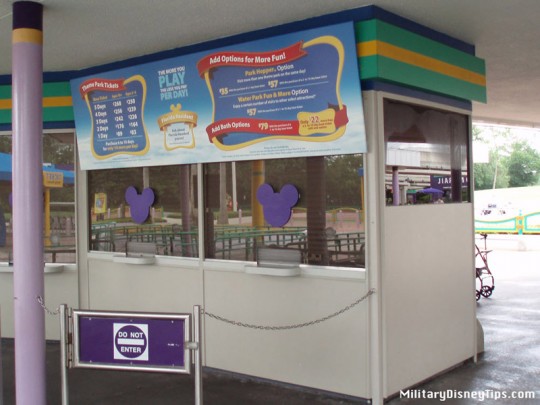 If you are going in the near future (from 17 Nov 2022) and plan to use Regular Military Discounted Magic Your Way Tickets, you should buy them now before a price increase flows down!

Compare all ticket options closely when deciding what and when to buy!

I hope this helps! Do you have any ticket price increase questions?

Let us know in the comments section below