You may have never heard of Robert and Richard Sherman, better known as the Sherman Brothers, but we guarantee you have heard their work with the Walt Disney Company.

The sibling duo was a song writing powerhouse that Walt Disney believed in so much that he kept them on as permanent Disney employees. 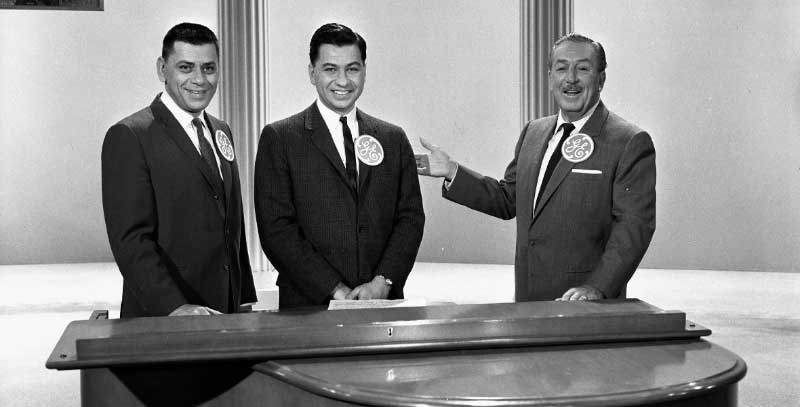 The brothers had very different paths that led to their songwriting career in 1951. The younger brother, Richard Sherman, was the outgoing musician, and Robert Sherman, the older brother, was more reserved and the poet. After returning from the war, Robert Sherman had returned to his poetry and writing. It didn’t take long for the pair to join up their talents to create songs that would live on for generations.

In 1958 Robert Sherman founded the Music World Corporation which would partner with Disney, and later bring the brothers directly to the Walt Disney Company. They had their first top ten hit “Tall Paul” that was sung by Mouskateer Judy Harriet. 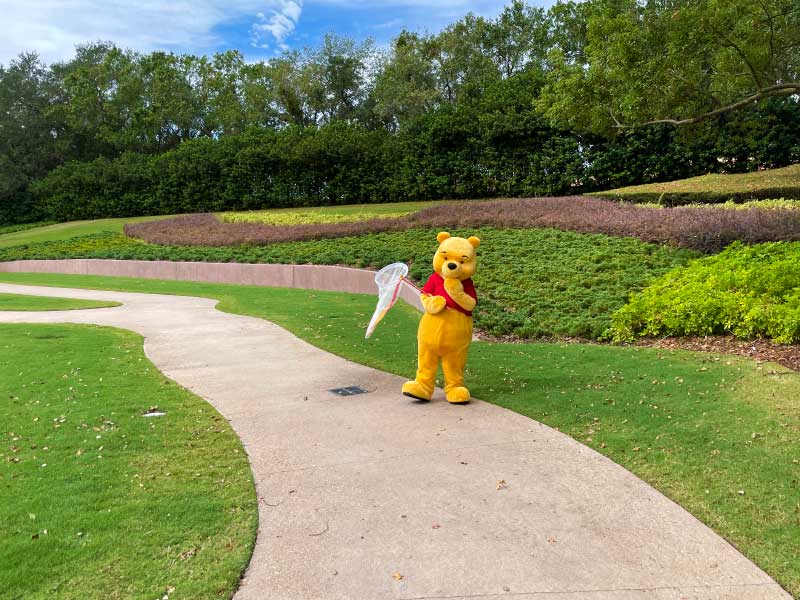 They would go on to create scores for many of our favorite Disney movies and attractions. Check out this Sherman Brothers Disney movie playlist:

Let’s circle back to Mary Poppins

When you think back to this classic Disney film you can’t help but think of “A Spoonful of Sugar”, or one of the many other songs from the film. Can you imagine not having them? Would you even remember the movie if the songs didn’t exist?

The story is that Walt asked “the boys” as he called them to read the original book written by Pamela Lyndon Travers, and asked them what they thought. The Sherman brothers literally took bits of the story and created songs that drove it to be a happier, more magical story. Initially, the author didn’t want to sign rights to Walt Disney, but the Sherman Brothers songs actually changed her tune, so to speak.

Robert and Richard Sherman were not just confined to movies and TV shows, they also have a presence in Walt Disney parks worldwide!

What is the one song that will get stuck in your head every time…? 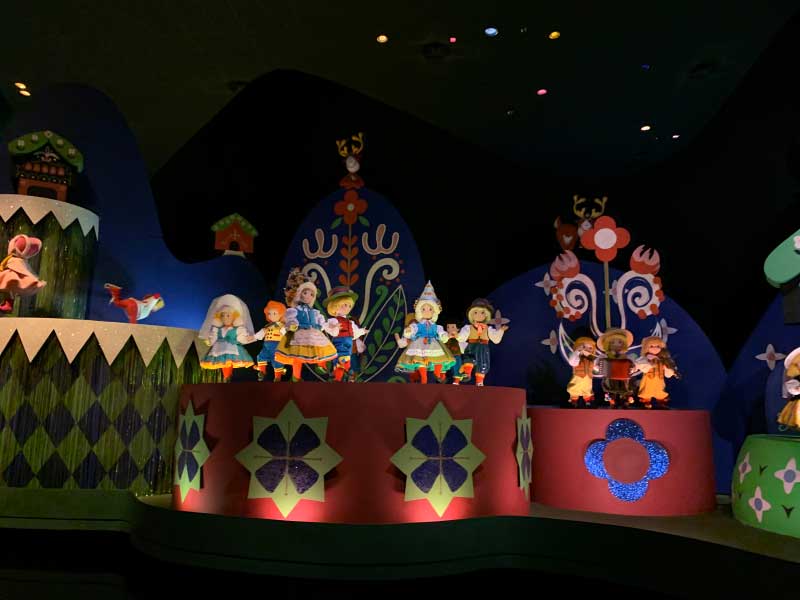 You know it… You love it… 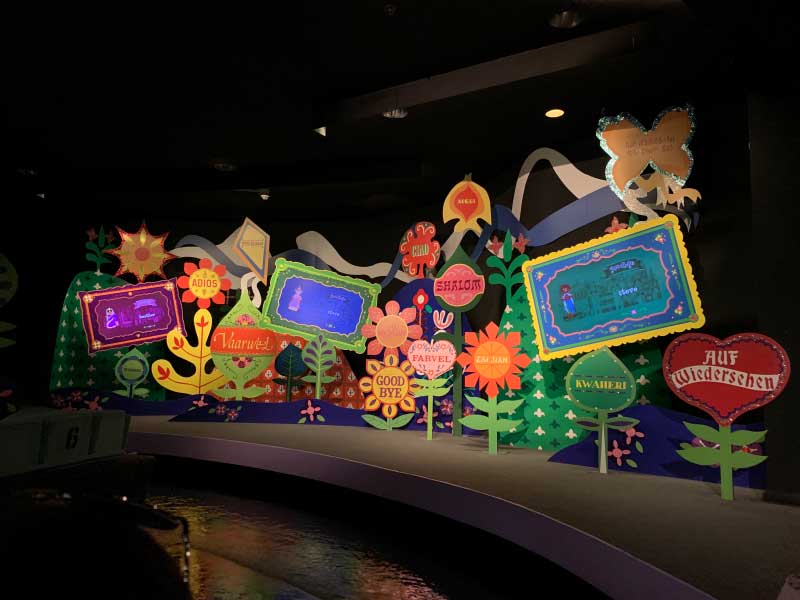 The famous song that “it’s a small world” is known for, is one of the Sherman Brothers most well-known songs. Originally, when the attraction was conceptualized, the musical score was representative of each nation shown. Meaning, there were different tempos, tunes, and none of it really flowed. Walt asked “the boys” to see what they could do with it. They stuck with simplicity and found a way to incorporate all of the different languages and blend them to the same melody across the attraction. The result is a beautiful representation that we are, in fact, a small world afterall.

That style of repetitive simplicity is seen in “Great Big Beautiful Tomorrow” for the Carousel of Progress, and the “The Tiki, Tiki, Tiki Room” in Walt Disney’s Enchanted Tiki Room. 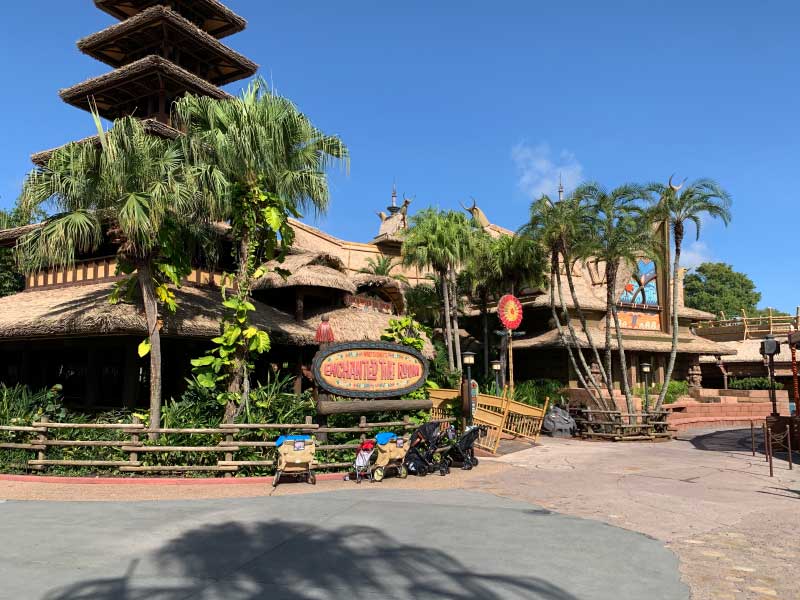 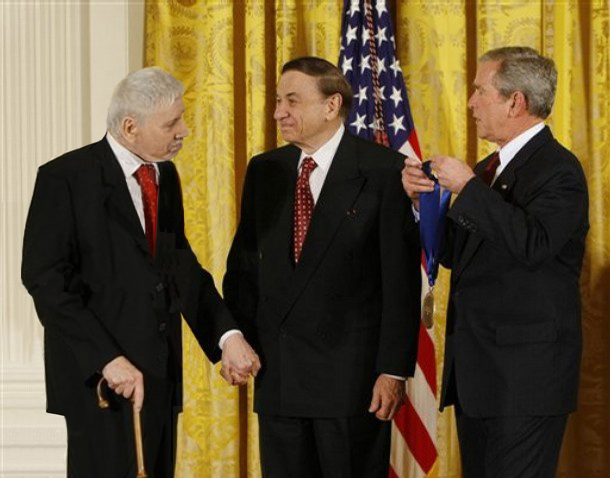 The Sherman Brothers receive the National Medal of Arts

Perhaps one of their greatest achievements was their relationship with Walt Disney. Walt Disney has become infamous not only for his ability to create things that others have only dreamed of, but also for how difficult it was to be in his creative inner circle. Walt did not freely give out praise, and would often see things to adjust and change in every piece, even if he liked it. He was not expressive in the things he really liked. That can be a difficult personality to work with and for, yet, “the boys” managed to read Walt and exactly what he wanted for his films and attractions. 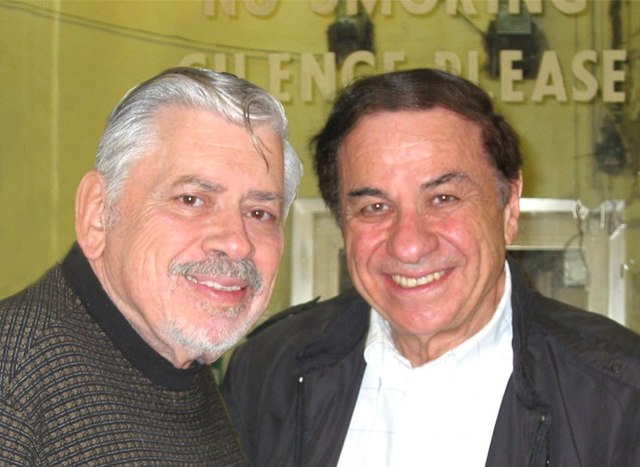 The relationship between Robert and Richard Sherman was not an easy one. All siblings share their squabbles and disagreements, and while they have found bountiful success in their songwriting careers, their personal relationship with each other was tenuous at best. After their retirement they had a falling out that put them on opposite sides of the globe, literally. Robert Sherman moved to London, England while Richard Sherman remained in California.

Robert Sherman passed away surrounded by family in 2012 at the age of 86.

Richard Sherman is still helping to produce music today in 2022 at the age of 97.

Even when both leave this world, they will live on for generations more through their music. May their songs bring smiles and happiness for years to come.