The Shades of Green Resort is an Armed Forces Recreation Center located on Walt Disney World property near Orlando Florida.

Shades of Green opened it’s doors on 1 February 1994 in the resort that was previously known as the Disney Inn/Disney Golf Resort which was owned by Disney World.

Shades of Green has always set their room rates based upon military pay grades, just like the other Armed Forces Recreation Centers. There are 3 different price categories.

For most of its history these prices were very attractive compared to the rates at the Disney resorts.

In 2009 Disney began their almost constant offering of steeply discounted rooms to the military as part of their Armed Forces Salute. This new discount began to undercut the low rates at Shades of Green and room occupancy rates dropped. Shades responded by beginning to offer their own discounts.

Initially these discounts were not very attractive, offering minimal discounts on room rates and 5 dollars off the Regular Military Discounted Magic Your Way tickets.

After a year or so Shades began offering better, shorter term discounts, which are announced periodically through the year. Some were room only discounts, while others were packages that include dining for 2 at Shades of Green’s buffet restaurant, for either just breakfast or breakfast and dinner.

These packages were at times 30% to 40% off the regularly low price. There were several occasions when 50% off was offered. 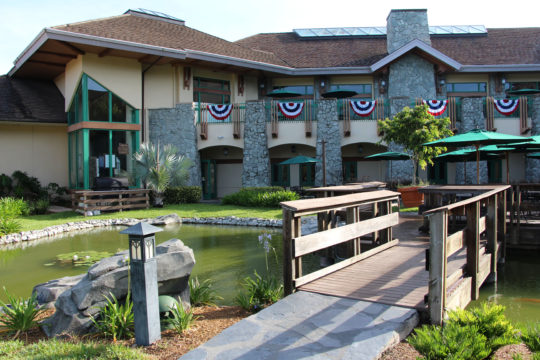 The Beautiful Shades of Green Resort at Walt Disney World

Then in 2012 Shades of Green advised me that they would begin offering their discounts in an “Early Reward” style.

[…the discounts that are offered ] in the future will be in the style of “early rewards.” For instance we are currently offering a 50% discount in January, but as we move closer to the winter we may see that become 20%.  Over the next year, it will definitely pay to plan ahead!

Based on that plan Shades began to alter their discounts as time goes on. They would make an initial announcement with the dates and discount details, but as rooms fill up they will start altering the offer in different ways.

The initial discount percentage offered is almost always the best deal offered and will decrease over the life of the offer.

In recent years, very occasionally one day to a few will be added (usually in conjunction with other days dropping off).

Discounts Have Decreased Over Time

As mentioned above in the early years of this decade the discounts started at 50 or 40 percent off regular room rates and dropped to 30 or 20 percent before being cancelled. In the mid decade the starting discount became 30 percent off. Then in 2017 under a new manager the initial discounts were down to 20 to 10 percent off.

Since 2019 the discounts have become only 10 to 15 percent off. Also some discounts are offered only for a hand-full of days.

New in 2020 a whole new group of veterans is eligible to stay at Shades of Green, this could have a negative effect on discounts, reducing available dates or eliminating them altogether!

While the discount amounts now remain steady at these low amounts, offered dates do change. Dates are usually reduced, but occasionally a day or two might be added.

Get Your Deal Early

So the take-away from this post is that if you are planning to stay at Shades of Green, jump on a discount for your dates as soon as it is announced!

See our list of all the current Shades of Green discounts.

For more info on Shades of Green check out the links below: