When America entered the second World War, the whole landscape of the Disney Company changed. 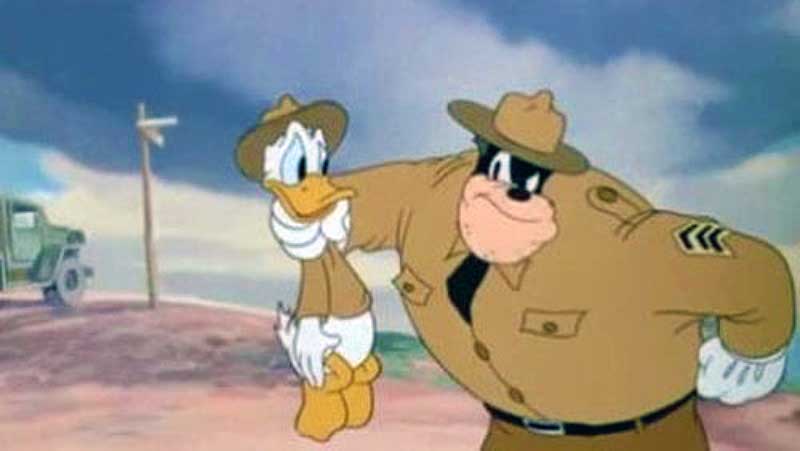 December 7th, 1941 was the day to live in infamy, the day that Pearl Harbor was attacked. The nation changed overnight, and the Walt Disney Company was no exception. The next day, the U.S. Army required the use of half of Walt Disney’s Burbank, California studio for use. Plus, not only did the company shift to government sponsored patriotic cartoons, but dozens of the animators were drafted into the war. Despite all of this, Walt Disney believed in our country and believed in supporting our troops. The company put their movies on hold and barely broke even on the propaganda cartoons. See everything the Disney Company did during WWII.

The Disney Company has supported servicemen and women since World War II and even into today. Today, military families enjoy specially discounted tickets and an exclusive military only resort. 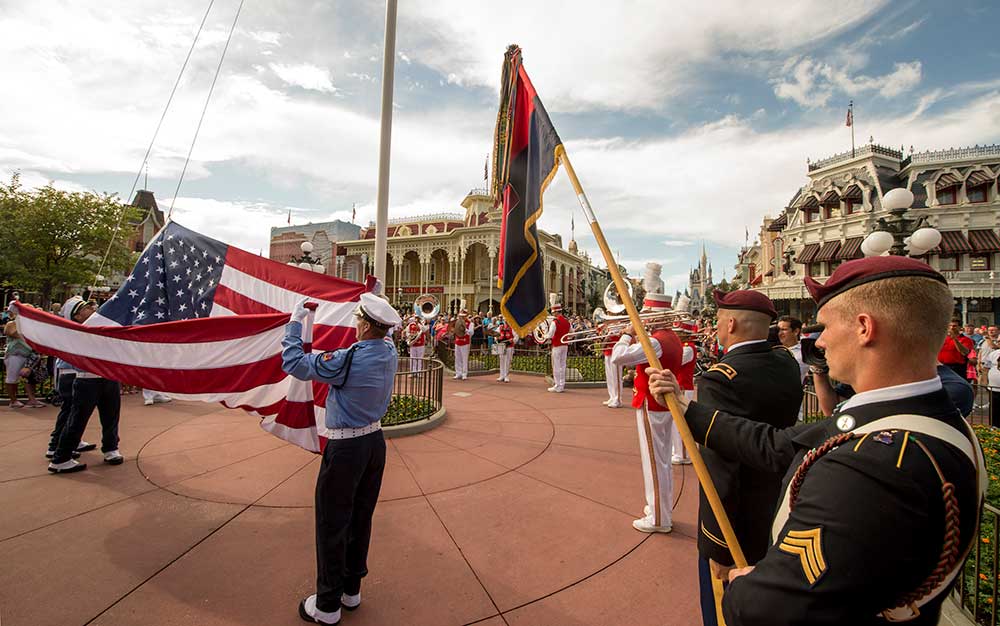 Don’t forget the daily flag ceremony that takes place daily on Main Street USA in the Magic Kingdom!  Everyday at 5:00 Disney security and a guest veteran participate in the flag retreat that honors both those who serve and our great nation. Read more about that here. 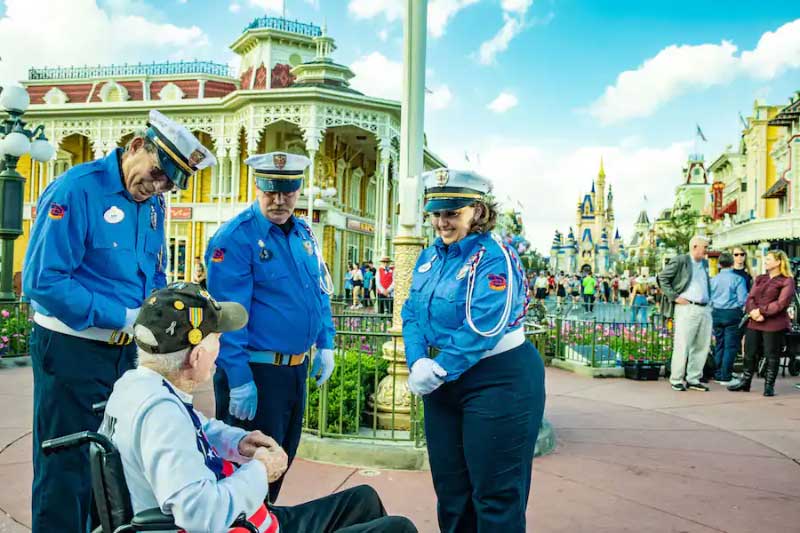 While Disney strives to make veterans feel honored everyday of the year, Veteran’s Day plays host to an especially moving ceremony. Walt Disney World was honored to have World War II veteran and D-Day soldier William McCrosky as the guest of honor for the flag ceremony. Not only did they celebrate Veteran’s Day, it was also his 100th birthday!

During the month of November, we at Military Disney Tips are honoring Veterans that helped build Disney. Each week we will feature one or more core members from the Disney Company to honor their service, their work, and their memory.

For all military members across the country, past or present, we salute you and say thanks. Happy Veterans day.