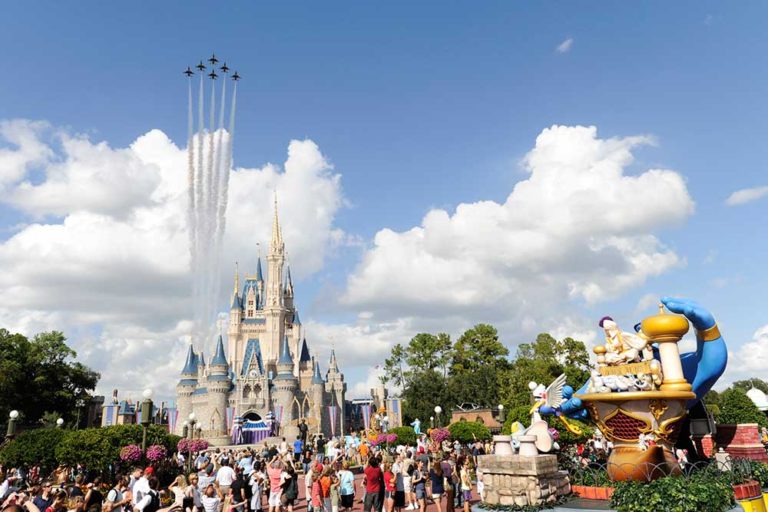 The USAF Air Demonstration Squadron, the Thunderbirds are scheduled for a Walt Disney World flyover tomorrow 27 October 2022! During the flyover the Thunderbirds will make two passes over the park beginning at 9:30 a.m. (weather permitting), and culminating in their famous delta maneuver behind and above Cinderella Castle, will where they will accelerate in […] 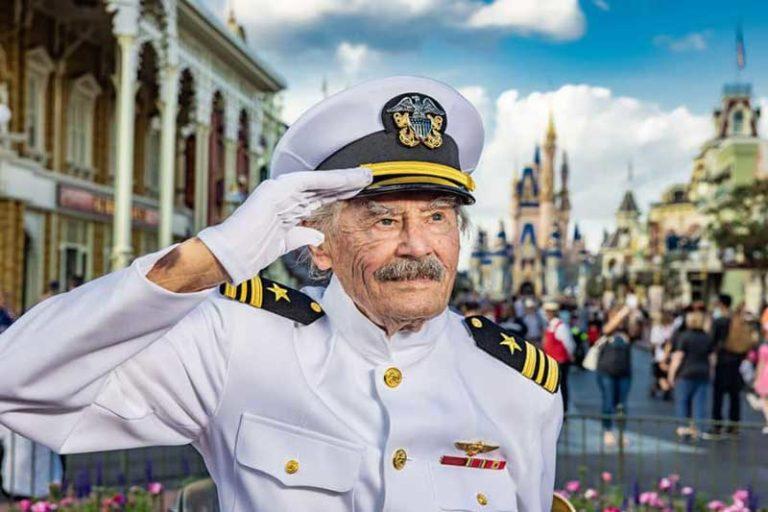 Alex Stromski, a retired Navy Lieutenant Commander and Walt Disney World Cast Member passed away peacefully, surrounded by his family on 6 August 2022. Alex retired from the U.S. Navy in 1967 after having served in Korea and Vietnam. Later in life Alex, a longtime Disney fan, became a cast member at Pinocchio Village Haus, […]

Masks are no longer required on Disney World’s Buses and Monorails! 19 April 2022 – Walt Disney World has announced that “Given recent guidance and trends” (meaning a court order) they are dropping the mandatory use of masks on their monorail and bus fleets! These 2 modes of transportation were the last vestiges of WDW’s […]

Starting Thursday 17 February 2022 both Walt Disney World and Disneyland are dropping the requirement for indoor face masks! Outdoor face masks were dropped late in 2021. This follows Universal Orlando dropping face masks on 12 February. Disney just announced minutes ago: Face coverings will be optional for fully vaccinated Guests in both outdoor and […] 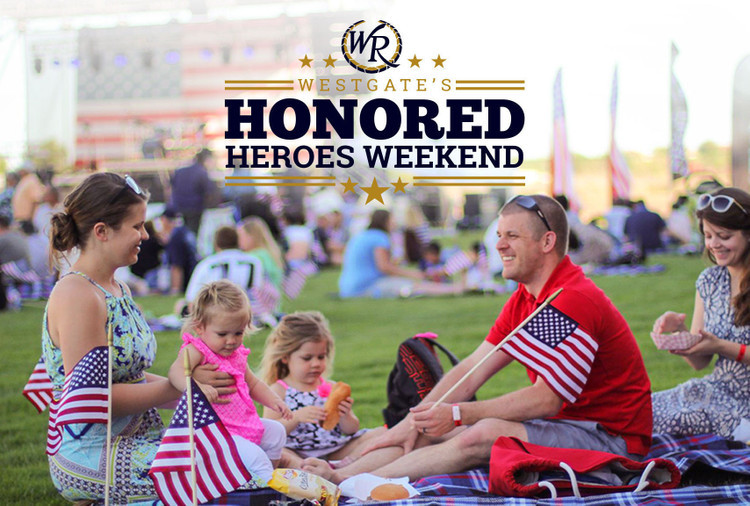 For This Veteran’s Day, Westgate Resorts Will Again Be Giving Away Free Vacation Stays to Military Families! This super offer has always been one of the very most popular posts that I do each year on Military Disney Tips.  This offer first started in 2011 and each year since then Westgate has offered free vacation stays to […] 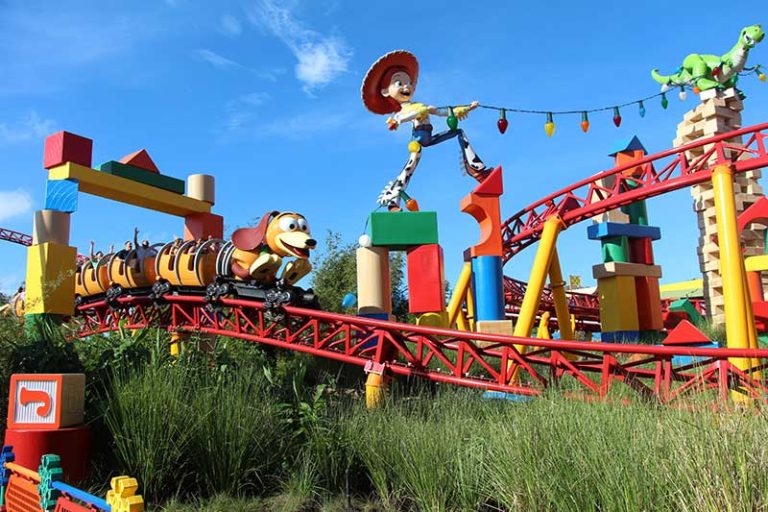 That’s the big question on everyone’s mind! (Updated 12 June) UPDATE 3/26: Intel from Disney cast member channels is that Disney is looking at Mid May for reopening and will be cutting staff to 2008/2009 recession levels! UPDATE 3/27: Disney is only going to pay cast members through 18 April. UPDATE 3/29: Walt Disney World’s reservation system […]

Disney has announced that their US parks, Hotels, Cruise Line, Aulani, and Adventures by Disney are closed due to the current health concerns. (Updated 12 June, will continue to update as needed) Walt Disney World and Disneyland Resort are Closed Until Further Notice! Updates: 3/15 – Reservation fees change fees waived for check ins through […]

Even though the Disney parks are closed Disney Security continues to honor the U.S. Flag. Raising the flag each morning and lowering it at the end of the day just like always! Walt Disney World Resort President Josh D’Amaro said: “While our world looks very different today, one thing endures…the American flag still flies over […] 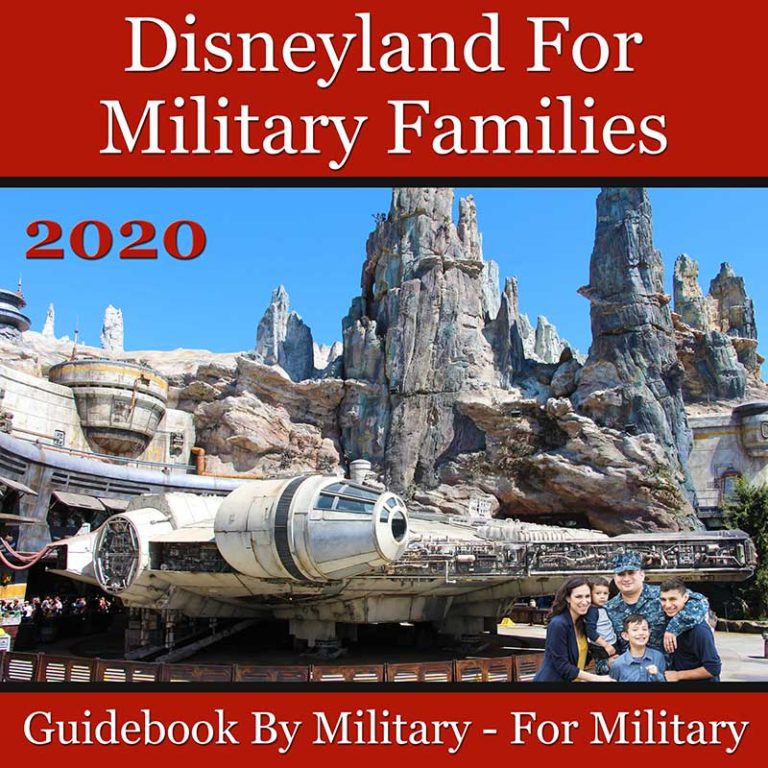 I recently had the privilege to see an advance screening of The Last Full Measure an upcoming movie to be released on January 24th. The movie, which is based on the actual events revolves around the heroic actions of Senior Airman (SRA, E-4) William H. (Pits) Pitsenbarger in Viet Nam, for which he was eventually posthumously […] 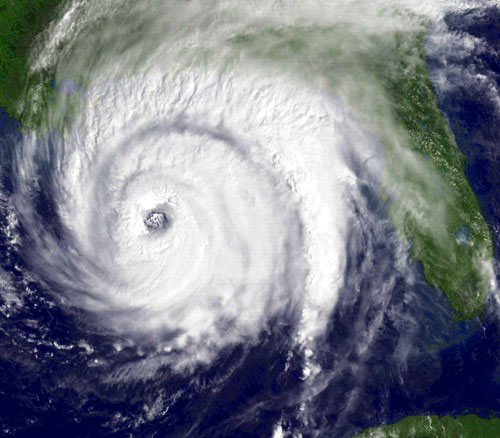 The Blue Angels are scheduled to fly over Walt Disney World’s Epcot on Thursday 2 May. The team is expected to make two passes above Spaceship Earth sometime in the morning. After the flyover the Blue Angles Demonstration Team will continue on to their destination, the Fort Lauderdale Air Show, which is scheduled for 4 […] 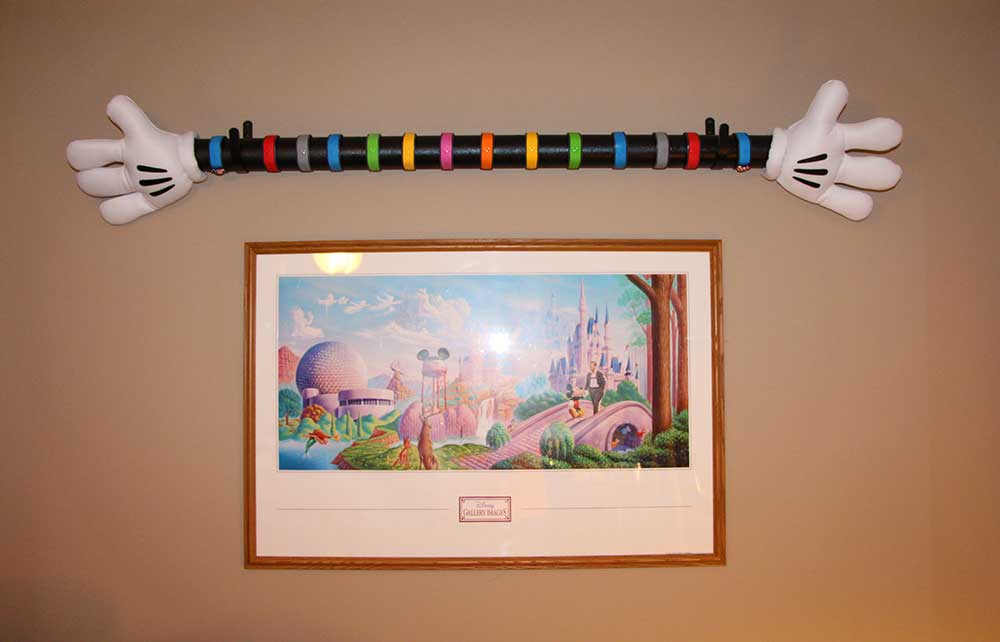 You Can Make This Mickey Mouse Hands Magic Band Display You’ll be the envy of all your disney friends and have a great place to keep your Walt Disney World Magic Bands from your Disney trips. I’ve seen lots of pics of people putting their Magic Bands on all kinds of things around the house, but this […] 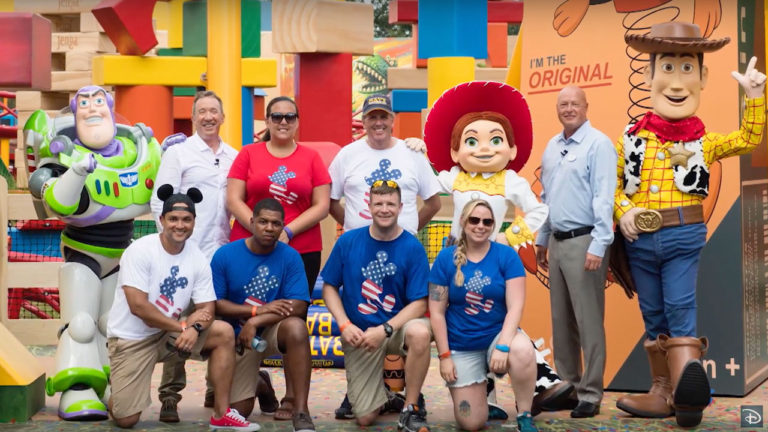 Toy Story Land recently opened at Walt Disney World to huge crowds. But before it opened Disney welcomed several members of the U.S. military and their families to the new land, allowing them to tour it prior to the general public! During the visit, Sarge and his Green Army Patrol joined Disney Parks leaders to welcome […] 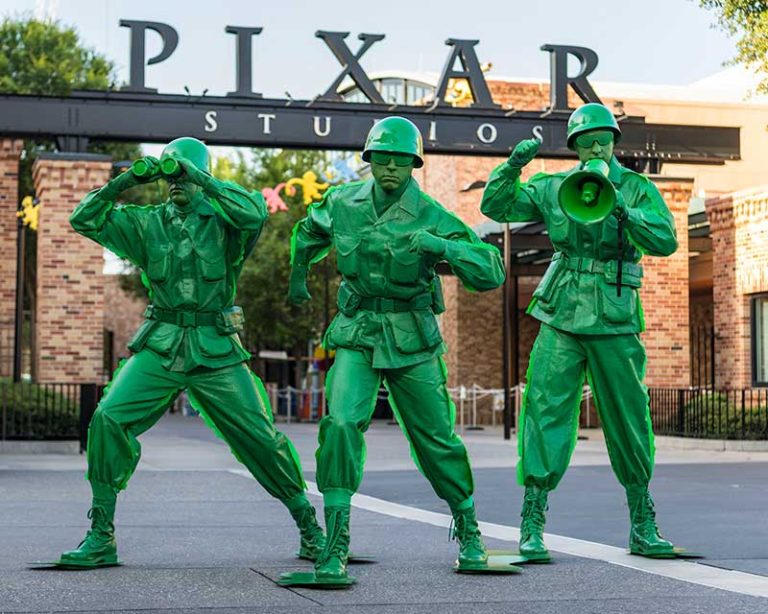 I am honored to have received one of the coveted invitations to the Toy Story Land Media Event, just prior to the opening of this new land at Disney’s Hollywood Studios in Orlando. On the evening of Thursday the 28th of June I’ll be trying out the new Slinky Dog Coaster and the other attractions […] 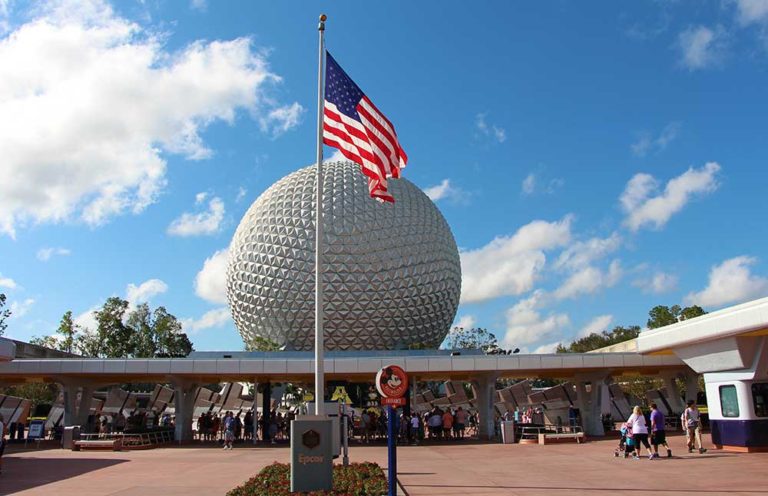 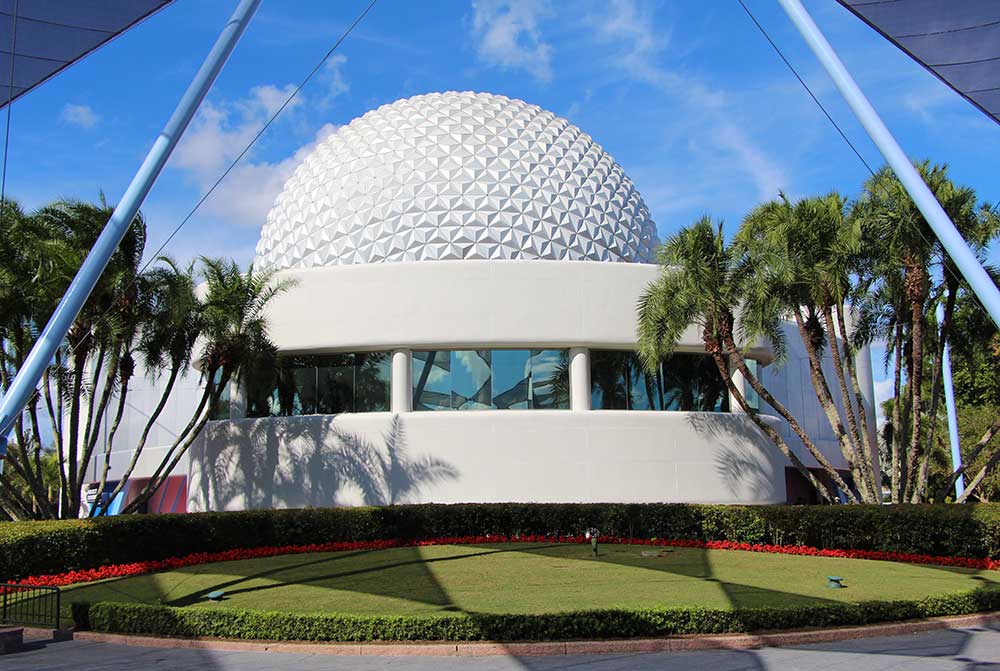 Here is a little known benefit for those who purchase tickets at Walt Disney World’s Shades of Green. Siemens graciously allows Shades customers and their guests access to their lounge. The VIP center is located inside Spaceship Earth. An access card is required for entry!!! UPDATE: Sadly, Siemens has stopped this offer! Once more military families found […] 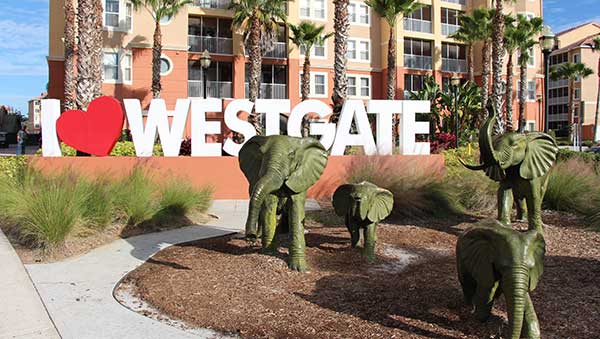 Did you know that every year Westgate Resorts offers free vacation stays to military members? For the last few years Westgate has been offering these free stays at their resorts on a first-come-first served basis to a set amount of people. The notice is usually short that the offer is coming, usually just a day […] 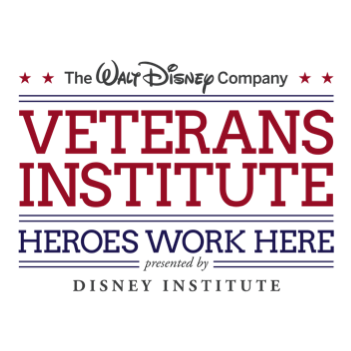 You may have seen my earlier posts on Disney’s Heroes work Here program, Here’s to the Heroes ia a fantastic initiative with which Disney committed to hiring 2,300 veterans (so far). beginning with their initial job fairs Disney first committed to hiring 1,000 vets, but within a year had hired over 1,300. At the one […]

Last month at the annual shareholder’s meeting Disney Chairman and CEO Bob Iger gave an update on the Heroes Work Here Program which began in March 2012. He announced that the Disney Company surpassed its goal to provide 1,000 career opportunities for returning U.S. veterans over a three-year period – hiring more than 1,300 veterans […]

Military Disney Tips reporting for duty at YourFirstVisit.net Or: How a military discount blogger wound up assisting one of the most popular Disney Sites on the net. Today I’m proud to announce that I’ve become the “official” moderator of comments and questions on YourFirstVisit.net’s military family pages! Read the announcement on yourfirstvisit.net Your First Visit […] 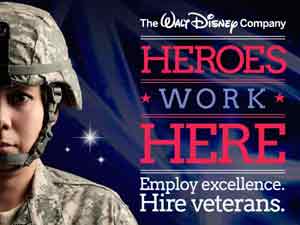 About 6 months ago I attended Disney’s Heroes Work Here Career Expo at Walt Disney World. An event held there and at two other locations nationwide. They were part of Disney’s commitment to provide at least 1,000 career opportunities for veterans over the next three years through their recruitment outreach program and casting (hiring in […]

Next Page »
How Military Disney Tips Came To Serve the U.S. Military Community