Staying at a Disney Resort Hotel is a big commitment. We don’t want you to go into it blind.

We’ve stayed at almost all of the Disney Resorts and lurked around the ones we haven’t tested yet.

On this page we’ll share with you our thoughts on all of the resorts.

Below you’ll see all of the Walt Disney World Resorts and Disneyland Hotels listed.

The Disney Resorts and Hotels that have personally been tested by the Military Disney Tips team will have a comment as to whether they are:

Be sure to click on each resort’s name below to read more about each.

The All-Stars are just what the bullet points above say above. They are great for those on a tight budget, families with smaller kids, single travelers, and those who know they don’t care to spend as much on the room as they’ll only sleep there.

All-Star Music has the cheapest 6-person Disney Suites on property.

Pop Century is our favorite Value Resort, with SkyLiner access to Epcot and Hollywood Studios, plus the Caribbean Beach and Rivera for dining options.

The theming in these rooms is fantastic! We loved the Cars  decor, but the bright greens and yellows of the Lion King suites was hard on the eyes.

AoA and Pop are now both SkyLiner Resorts. Prior to the SkyLiner opening these resorts were already more expensive than the All-Stars, but saw a $30 or so increase after the new transportation method opened. There is one big frustration for Skyliner riders though. During peak travel times (park opening times) you’ll wait in line to ride at Pop/AoA Station and then get in line again to ride at the Caribbean Beach Transfer Station.

Pop Century is now our personal bottom price point Resort for solo trips due to the ease of commute to Epcot and Disney Hollywood Studios. 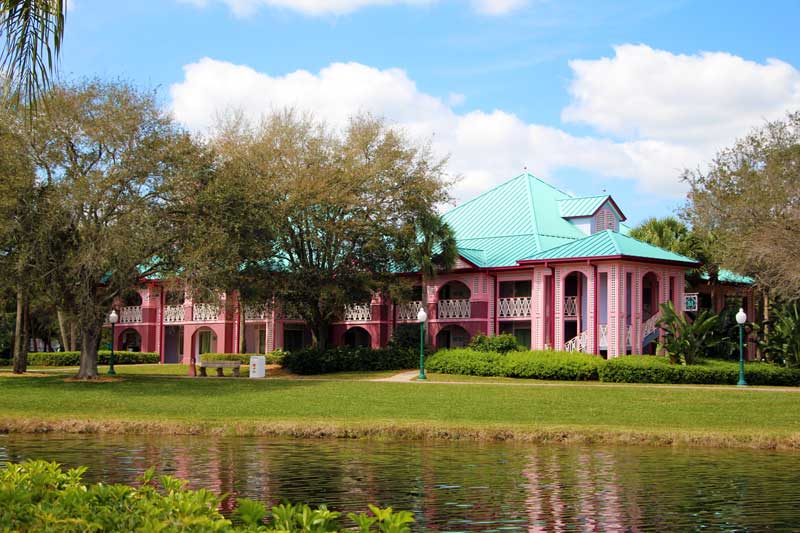 The Caribbean is now a SkyLiner Resort. This moderate resort lacks the big Skyliner frustration the Values down the line do, which is waiting in line twice. During peak travel times (park opening times) Art of Animation and Pop Century guests will wait in line to ride at Pop/AoA Station and then get in line again to ride at the Caribbean Beach Transfer Station.

We’ve stayed at the Coronado many times over the years and multiple times recently and it’s not a favorite for a family vacation due to the lack of Disney feel. The new food options that came with the recent remodel have definitely helped. We will be glad to go back if it’s the only Moderate with a Disney Armed Forces Salute discount. 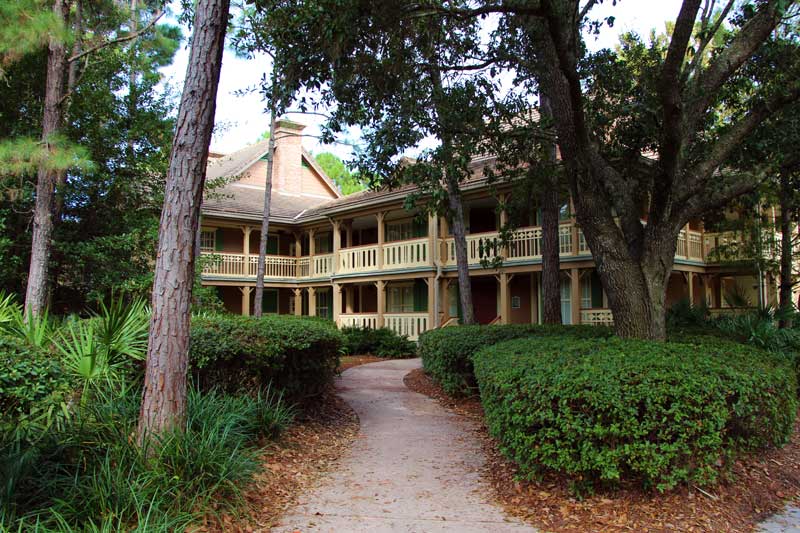 This is a big spread out resort, with a pool area in the center. 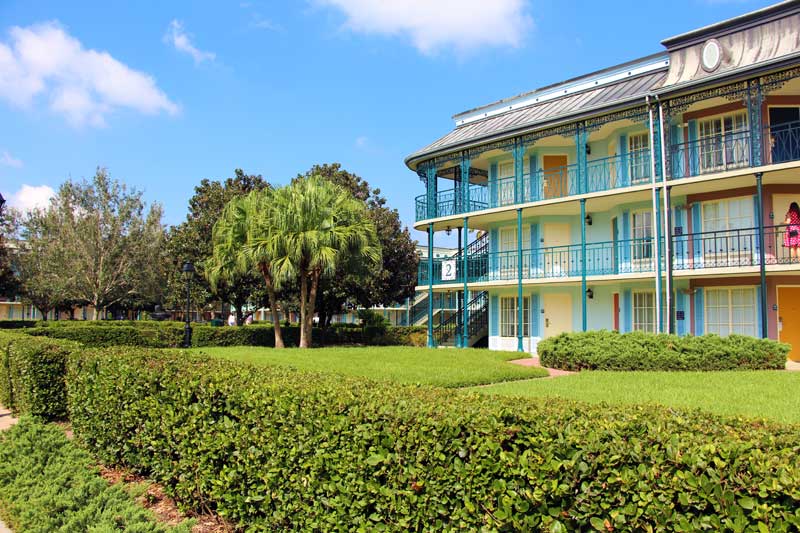 The French Quarter is our Favorite Moderate! The small size is a big plus as far as we are concerned.

The Cabins at Disney’s Fort Wilderness Resort – Not Yet Tested

It is amazing to watch the animals right outside your window as in the picture above.

Our number 2 favorite Epcot resort. Just a little further than the Beach Club and all the fun BoardWalk goings on.

Spectacular Magic Kingdom views on one side. Views of the Bay Lake on the other.

The priciest, in our opinion probably a once in a lifetime stay. Magic Kingdom fireworks from the beach.

We love the vibe at the “Poly.” Great food and entertainment. Magic Kingdom fireworks from the beach.

One of the 2 cheaper Deluxes (along with the Animal Kingdom Lodge). Beautiful lobby. Great casual bar out by the lake.

Our number 3 of 3 Disney Epcot Resorts (not including the Non-Disney Swan and Dolphin).

If you have points to use stay here, otherwise why not stay with Disney? Big convention resorts. 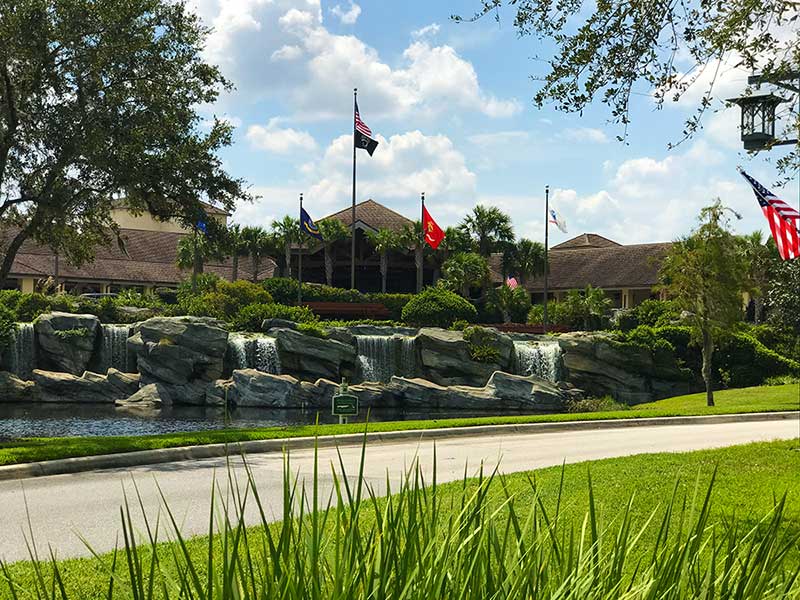 The military Only Resort at Walt Disney World.

There are currently nine DVC resorts at Walt Disney World that are co-located with a Deluxe Resort and share facilities with that resort.

The Colocated Resorts are:

And there are three standalone resorts that are not paired with a Disney World Deluxe Resort.

The Stand Alone Resorts are:

There are 3 Disneyland Resort Hotels and they are not divided into categories like they are at Disney World. They do however fall into cheaper to most expensive based upon not only level of services but proximity to the action (Theme Parks and Downtown Disney).

Great views of California Adventure on the one side, parking lots on the other. You have to cross the public street to get to the parks or go out of the way through Downtown Disney.

Our favorite Disneyland Hotel. Right at the entrance to Downtown Disney, it has a magical feel. We love stopping by Trader Sams!

This hotel parallels Downtown Disney with some room overlooking it and two entrances to the shopping and entertainment area from the hotel. Super convenient back entrance to California Adventure!

I recommend using an Authorized Disney Vacation Planner (travel agent)! Doing so can take the stress out of planning a Walt Disney World, Disneyland, or Disney Cruise Line Vacation, which can be a complicated and overwhelming task. You have probably seen elsewhere on the site that I recommend Ears of Experience as my preferred Authorized Disney Vacation Planners. They will do all the work for you!